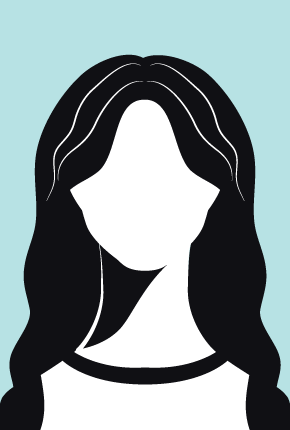 If your cat has been suddenly diagnosed with kidney disease, there's a strong likelihood that your vet has or will tell you that they need to be given subcutaneous fluids regularly. While this is a treatment that your vet can provide, taking your cat in to see the vet multiple times per week may be a very stressful and expensive endeavour. Instead, most vets suggest that cat owners give the fluids to the cat themselves. The idea of puncturing your cat with a needle may sound scary, so here's three reasons why you shouldn't stress out about it.

Veterinarians typically suggest that you give a cat subcutaneous fluids in a pouch of skin at the base of their neck. The reason the vets choose this place is because there are few nerve endings in the area. This means that your cat will most likely not feel anything more than a little pressure when you place the needle in. Thankfully, this means that your cat probably won't act out while they're receiving their subcutaneous fluids, and you don't have to feel guilty about hurting them.

In addition to having a lack of nerve endings, putting a needle into the "scruff," or the skin at the base of the neck can actually have a beneficial effect for your cat.

The scruff is what mother cats carry their kittens by, and kittens need to be calm while they're being carried. Cats have evolved so that when the scruff is tugged on or bitten, it causes them to temporarily become immobile. This means that if you pull on your cat's scruff to create the pocket to give subcutaneous fluids, it will keep your cat from moving. This will prevent your cat from being harmed or having the needle poke too deeply from a sudden movement.

Little to No Blood

You'll also be pleased to know that giving subcutaneous fluids rarely involves bleeding. The needles aren't puncturing the deeper layer of skin or muscle tissue, so typically, no veins are pierced that will cause bleeding. Even if one is, since the needle generally needs to stay inside the scruff for a while, any small amount of blood will be reabsorbed into the body with the fluids, and you might never even see it.

Since the sight of blood can be very traumatic for some people, this is often a fear pet parents have before giving their cat subcutaneous fluids. Thankfully, this particular problem isn't typically an issue at all.

Once your cat has received a few doses of subcutaneous fluids, chances are you won't think about the above three fears at all. Cats who have been chronically dehydrated due to kidney disease tend to perk up after receiving fluids. If your cat has been lethargic or sick lately, you're likely to see your cat suddenly become more playful, energetic, and eager to eat than they've been since they became ill.

Giving subcutaneous fluids can be a little daunting at first, but most cats cope well with the process. With proper training from your vet and a little hands-on practice, you'll be a pro at it soon enough, and your cat's health will benefit from it. For more information, contact an animal hospital like Gwynedd Veterinary Hospital.